Poems in After the Pause

December 06, 2015
I've got four poems in the Winter 2015 issue of After the Pause, online here.  Since my last update, I've also had poems in Anima Magazine and Third Point Press.

Look for an eventual update over at The Lit Pub, where I'll be recommending Marissa Crawford's Big Brown Bag, which is a pretty awesome chapbook from Gazing Grain Press.

In other news, M.A. Vizsolyi's The Lamp with Wings is a pretty neat book of love sonnets, Laura Neuman's The Busy Life, also from Gazing Grain Press, is a fantastic collection of prose poems, and I'm having a baby.

Newman's chapbook has been out since 2012, but I'm slow to catch up.  It's a really engaging collection; it is, in many ways, about the sentence, which is actually a really cool topic.  Love, the loss of love, the problem of expression, and the impossibility of total comprehension all figure in The Busy Life, and I can't recommend it enough.

Oh, the baby's going to be a girl.  Forward the Fatherhood!  Baby furniture assembly is more frustrating than I thought possible.

Popular posts from this blog 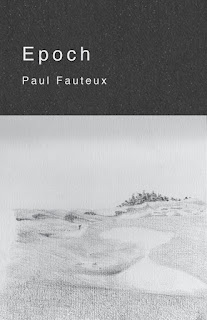 Good news, everyone! I've got a chapbook coming out in July from Finishing Line Press. Epoch  drops on July 13th, and is available for pre-order from about a week ago through May 18th. Pre-orders help a lot, so I very much appreciate them. If you want to know what you're getting in to, some of these poems appeared in the Winter 2015 issue of After the Pause , so please give those a read if you're thinking about the book. The cover features art from Brenna Killeen , and was designed by Elizabeth Maines. I think it turned out pretty well: In support of the book, I'm giving an interview/craft talk on the April episode of The Inner Loop Radio , so be on the lookout for that as well.
Read more

painting bananas because he is in a rut 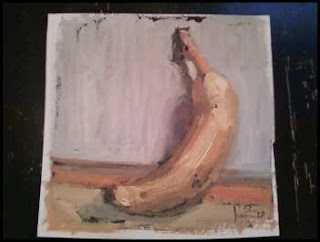 Ladies and gentleman, the banana.  This is one of the bananas Matt Somma painted when he was in a rut.  This painting (and bits of the ensuing conversation) provided the spark for the poem "furniture," which is in the chapbook. The painting was a gift from the generous, benevolent, and well-dressed  Matt Somma  himself.
Read more 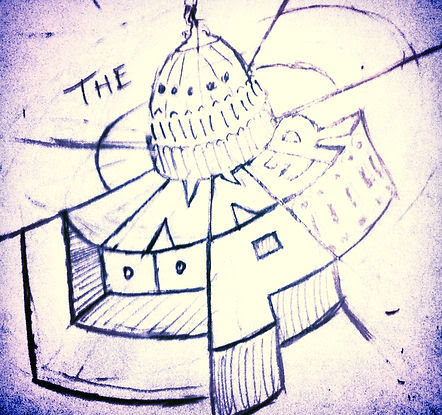 After reading at an event at the Colony Club last month, I'm very honored that Rachel Coonce and Courtney Sexton asked to feature me as the Writer of the Month on The Inner Loop 's blog. Check it out! There are samples of awesome writing from all of the featured writers, and the post about me includes three previously unpublished poems. If you're in the DC area, try to make it out to an event; they're a lot of fun.
Read more